As part of our continuing get-to-know-us interview series to spotlight key team members and their impact here at Novela, we sat down with Director of Communications & Alliances, Shelly Fan, to learn about her vision for how nEureka® converges cutting-edge neuroscience and big data to help solve and treat the neurological mystery that is epilepsy.

With a PhD in neuroscience from the University of British Columbia and postdoctoral fellowship at UCSF, Shelly has over a decade of expertise in neurodegeneration and decoding how the brain ages. As the organizer behind our #BigDataBeatEpilepsy campaign to bring nEureka® to 50 initial patients with epilepsy, Shelly is channeling her passion for turning brain research into solutions that help people with neurological disorders. 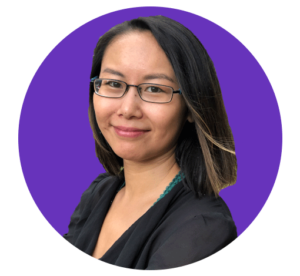 What are the most pressing unsolved mysteries in the world of neuroscience and “big data” in relation to epilepsy, and how will the nEureka® for Epilepsy Data-as-a-Service Platform help solve those problems?

In terms of epilepsy, neurobiology, and big data, I think there are three areas I have my eyes on.

First, what neurobiological processes underlie the various types of epilepsy and seizures? Fundamentally, seizures are rapid, unregulated bursts of electrical activity in the brain—somewhat like lightning strikes. Sometimes they’re the result of traumatic injury or stroke, other times they can seem to come from nowhere. We know that there is a genetic component, but it’s common that many genes are involved, rather than just a single one.

So why do some people get epilepsy while others don’t? Why do some people get one type of seizure versus another? Why does a blow to the brain increase the chance of sparking a seizure in some but not others? Those are fundamental questions that still need to be answered, which could help direct treatments.

Second, what are new ways to protect the brain from seizures, especially as people grow older? One effect of a “run-away” discharge during an epileptic seizure is that some neurons release more excitatory chemicals. This especially happens when the seizure lasts over 5 minutes, which is called status epilepticus (SE). In animal models of seizures, this is when we can start seeing some damage to neurons at the molecular level, something called excitotoxicity. Is there a way we can predict when a seizure could develop into SE? In terms of protecting the brain, which drugs are most effective for stamping it out?

The third question on my mind is SUDEP, or Sudden Unexpected Death in Epilepsy. Waking up to a loved one succumbed to SUDEP is a horrible experience that no one should suffer from. But for now, we don’t have a really clear idea of who are the most vulnerable populations, why it happens, and how we can try to prevent it. There’s plenty of research on biomarker correlates, such as heart rate, blood oxygenation levels and breathing rate that changes before or as SUDEP incidents occur, and those can help. But we need to know why SUDEP happens, what’s going on in the brain to trigger it (scientists have already started to hone in on a region of the brain called the cerebellum, and a brain chemical called serotonin), and how we can nix those processes in the bud.

Our nEureka® Seizure Monitoring Smartwatch and Data-as-a-Service Platform can help with all three questions. The toughest part of decoding brain processes such as epilepsy is its heterogeneity—rather than solving one mystery, it’s solving dozens. And like any detective, scientists need evidence in the real world, which so far has been lacking because there isn’t enough data.

The Smartwatch and the platform provides a central hub to capture people’s real experiences living with epilepsy, including biomarkers, medication and other metrics. With consent, the data is then anonymized to provide a large database for researchers to further decode different types of epilepsy based on biomarkers.

As we continuously add more biomarkers to the platform (more evidence, if you will), it’ll smartly “learn” more about epilepsy, and potentially yield clues to all the questions I posed above. That’s the big data approach, and why it’s so valuable for something as complex as epilepsy, as well as other neurological disorders.

There are over 40 types of seizures in epilepsy, and my hope is that we can help all of them. In terms of technology, tonic-clonic seizures are slightly easier to track with today’s offerings. Absence seizures, on the other hand, are more difficult. So epilepsy is really quite a diverse condition. But with all types, there are some commonalities. For example, medication adherence. Seizures may not be adequately controlled for many reasons, but a main one is that the medication either doesn’t work or isn’t taken on schedule. It’s understandable! Some folks take 9 pills a day, and of course that’s hard to track.

Because nEureka®  for Epilepsy tracks medication adherence and alerts the person that it’s time to take the medication, it’ll help in this aspect, for all seizure types. And because people with epilepsy are the ones who are logging their medication and seizures through the simple interface, it provides a feeling of empowerment and insight into their own health status.

For now, by design, nEureka® only logs user inputs: for example, when a person feels an aura or the onset of a seizure, he or she presses a single button, or their caregiver may log the event for them. Meanwhile, the watch will track biomarker data. This makes the watch suitable for most people with recurrent seizures.

Taking the long-term view, however, all of these data, when anonymized, will provide a valuable resource for scientists to tease out essential questions such as how different seizure types correlate with which biomarker changes in what way, or which changes best predict a particular type of seizure.

This, in turn, can lend to far more accurate seizure monitoring technology, hopefully tailored to the seizure type or even the specific person.

We’re not there yet. We’re just at the first mile of a marathon, but like any proud runner, we have our eyes on the finish line: not just what’s currently feasible, but what’s ultimately possible in terms of technology to bring people with epilepsy and their caregivers a sign of relief.